The Founder Father Who Could Have Been Our Founding Physician 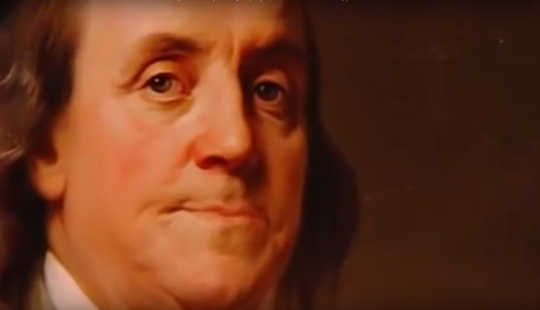 When Benjamin Franklin deferred to Thomas Jefferson in the drafting of the Declaration of Independence, he did so for multiple reasons. He wished to avoid the annoyance of being edited by the committee of the whole Continental Congress, as Jefferson was, to Jefferson’s great distress. Franklin sought to ensure the support of Jefferson’s Virginia for a revolution begun in New England. He wanted to give the younger man a chance to shine.

Franklin’s reputation was already secure. Before the American Revolution made Jefferson and George Washington and the other founders famous, Franklin was hailed internationally as one of the great philosophers — that is, scientists — of the age. His work in electricity had won him the era’s equivalent of the Nobel Prize, and his many admirers spanned Britain and continental Europe.

Yet it was Franklin’s attention to another science that has a more modern ring. In Franklin’s day medicine rarely warranted the label of science, with theories of disease running from rank superstition to wild surmise. As I have written in my book, “The First American,” Franklin brought to the field an aptitude for keen observation and an ability to draw general conclusions from scattered evidence.

The cold doesn’t cause a cold, he observed

His contemporaries typically ascribed the common cold to a chilling of the sufferer; hence the name for the malady. Franklin disagreed. A regular crosser of the Atlantic, he observed that sailors, frequently chilled in their work, rarely caught cold. It wasn’t being chilled that caused colds, he conjectured, but being closed indoors with other people already infected — as occurred during winter, the season of colds. Fresh air, far from causing colds, helped prevent them.

John Adams experienced Franklin’s theory of colds during a journey the two took together. On retiring to their shared bedchamber, Adams closed the window tightly. “Oh, don’t shut the window,” Franklin objected. “We shall be suffocated.” Adams replied that he feared the night air. Franklin rejoined, “The air within this chamber will soon be, and indeed is now, worse than that without doors. Come! Open the window and come to bed, and I will convince you. I believe you are not acquainted with my theory of colds.” Adams answered that he had heard of Franklin’s novel theory.

It didn’t match his own observation, but he was willing to hear it again, and with the window open, “The Doctor then began an harangue, upon air and cold and respiration and perspiration, with which I was so much amused that I soon fell asleep, and left him and his philosophy together,” Adams recalled. And he woke up the next day without a cold.

Ahead of his time on lead

If attention to the spread of disease is timely when Zika worries people around the globe, Franklin’s conjectures on exposure to lead address concerns raised by the recent events in Flint, Michigan. On winter days during his career as a printer, Franklin warmed the lead type he set in his press, to make the letters easier to handle. He noticed that at the end of such days his fingers were stiff and his hands ached. Comparing notes with other printers, he concluded that lead absorbed through the skin was the cause.

Franklin meanwhile tracked reports of “dry gripes,” a gastrointestinal malady linked to various occupations, of which the unifying feature was exposure to lead. He noted that the dry gripes were common in the British West Indies but not the French West Indies. The climate and geography of the two regions were the same; what differed was that the British drank rum while the French drank wine. Rum was distilled in devices that contained lead pipes. “I have long been of opinion,” he wrote of the dry gripes, “that that distemper proceeds always from a metallic cause only, observing that it affects among tradesmen those that use lead, however different their trades, as glazers, type-founders, plumbers, potters, white lead makers and painters.”

A hospital for the poor, thanks to Franklin

If Franklin had lived in the 21st century he might or might not have endorsed the Affordable Care Act, but in the 18th century he was a pioneer of the principle that public health is a public good and therefore worthy of public support. In 1751 Franklin organized a petition to the Pennsylvania Assembly for the establishment of a hospital to care for the poor of the colony.

When the legislature balked at the expense and questioned the breadth of support for the project, Franklin proposed to raise half the money through private donations if the assembly would guarantee the other half. The assembly agreed, with many lawmakers confident Franklin would never meet his goal. Franklin had surreptitiously secured sufficient pledges already, and the assembly was compelled to pay up. “I do not remember any of my political manoeuvres, the success of which gave me at the time more pleasure,” Franklin recalled. “Or that in after thinking of it, I more easily excused myself for having made use of some cunning.”

The Real Promise Of LSD, MDMA And Mushrooms For Medical Science

Why Open Up Psychedelic Science For Mental Health

What Is mRNA? The Messenger Molecule That's The Key Ingredient In Some Covid-19 Vaccines

Another memory evoked not pleasure but pain. Franklin was an early advocate of inoculation against smallpox. His newspaper, the Pennsylvania Gazette, publicized the procedure, and he sponsored a fund for the inoculation of Philadelphians too poor to pay for it themselves. Yet he neglected to inoculate his younger son, Francis, on account of the boy’s poor health and his own distraction by business.

He soon lamented his failure, for the child was swept away by smallpox at the age of four. “I long regretted bitterly, and still regret that I had not given it to him by inoculation he wrote later. “This I mention for the sake of parents who omit that operation.” Modern parents, especially those inclined to skip their kids’ vaccinations, should take heed as well.

Medicine and public health have come quite far since Franklin’s time. Scientists now have tools and techniques he couldn’t have dreamed of. But the best of today’s researchers share the inquisitive spirit and open mind he brought to everything he did. As for negotiating the ever difficult intersection of politics and policy, a bit of the Franklin cunning doesn’t hurt, either. Why Some People Don't Experience Vaccine Side-Effects, and Why It's Not A Problem

by Veenu Manoharan, Cardiff Metropolitan University
If that’s the immune system doing what it’s supposed to do, does a lack of side-effects mean my… What Is mRNA? The Messenger Molecule That's The Key Ingredient In Some Covid-19 Vaccines

by Penny Riggs, Texas A&M University
The molecule called mRNA is an important messenger, carrying the instructions for life from DNA to… by Lena Ciric
What constitutes a safe distance when it comes to the spread of COVID-19? The answer depends on… The Science Is Simple. Masks Help Stop The Spread Of Coronavirus

by Jeremy Howard
In late March, I decided to use public mask-wearing as a case study to show my students how to… I Need Chocolate! The Science Of PMS Food Cravings

by Sara Twogood
Premenstrual food cravings are the punchline of endless jokes. Like most good jokes, they’re funny…

Opening the Doors of Perception: Choosing To Be Present and Fully Aware

by Ora Nadrich
Our perceptions are based on our beliefs, and those beliefs influence how we see the world, which…