How To Pick The Good From The Bad Smartphone Health Apps 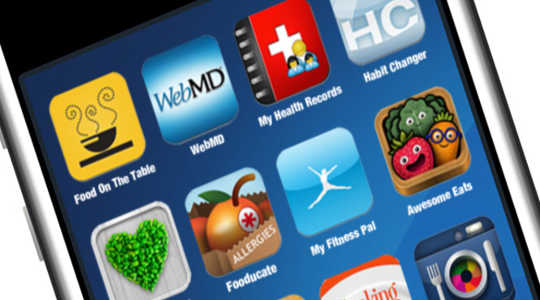 With an estimated 100,000 health and fitness apps available on the two leading smartphone platforms, iOS and Android, it seems there is an app for everything – from tracking your bowel movements, to practising your pimple-popping technique.

However, a number of apps are starting to raise the ire of government regulators. Brain-training juggernaut Lumosity was recently fined US$2 million (A$2.7 million) for making unfounded claims that its app could improve work performance and delay the onset of Alzheimer’s.

“Ultimeyes”, a vision-training app touted to “turn back the clock on your vision” and reduce the need for glasses and contact lenses, was fined US$150,000 for misrepresenting scientific research and ordered to stop making deceptive marketing claims.

“MelApp” claimed to be able to assess melanoma on the basis of a photograph of the mole and some other inputted information, analysed using “patent protect, highly sophisticated mathematical algorithms and image pattern recognition technology”. The US Federal Trade Commission (FTC) found its claims lacked scientific evidence, leading to a hefty fine and strict instructions regarding future marketing.

To date, authorities have primarily pursued rogue health apps from a consumer rights perspective, on the basis of misleading advertising – that is, the apps claiming to do something when, in fact, they may be ineffective – rather than from a medical-safety perspective.

In the US, the Food and Drug Authority (FDA) is traditionally responsible for approving medical devices. However, apps that essentially allow a smartphone to become a medical device present a grey area. The FDA has issued guidelines, but compliance is primarily voluntary. Only a minuscule percentage of apps available in the Apple and Google Play stores have FDA approval.

Most apps that present themselves as substitute medical devices offer fine-print disclaimers, such as “not FDA cleared” and “for entertainment purposes”. This information is buried in the expandable description of the app on the app store, which most users will never read.

An interesting case in point is the hugely popular “Instant Blood Pressure” app, which has sold an estimated 148,000 copies. This app and others like it claim to read blood pressure – “no cuff required” (instead, the app supposedly uses the phone’s microphone pressed against the chest and a finger over the camera).

This is disturbing, considering such apps are likely to appeal to people with high blood pressure. It is conceivable that users could delay seeking medical attention on the basis of false normal-range readings, with potentially dire consequences.

So in this ever-expanding and largely unregulated app landscape, how can you go about distinguishing the good health apps from the bad?

1. Does the app use the phone’s built-in hardware to perform medical diagnoses?

Medical diagnostic equipment is highly specialised and specific, stringently tested and usually interpreted by skilled professionals. It’s therefore highly dubious that a smartphone app can match these diagnostic capabilities, based on the in-built microphone and camera, and interpretation by a commercial algorithm (which is typically unpublished and unproven).

2. Does the app use the phone’s in-built hardware to treat a medical condition?

While apps exist that claim to treat conditions such as pain, acne and seasonal affective disorder using smartphones’ vibrations and/or screen light (yes, really, and they’ve had thousands of paying downloads), such outputs lack scientific evidence and are extremely unlikely to be of therapeutic quality or intensity.

3. Is the app from a reputable source?

Affiliation with a reputable peak body, university or government department suggests the app is likely to be trustworthy. Beware, though, sneaky developers have been caught out inaccurately associating their app with leading universities (when, in fact, they simply studied there years earlier). Also, endorsement from obscure bodies shouldn’t convey confidence.

4. Does the app use self-help methods?

Self-monitoring, goal-setting and feedback are well-established techniques for boosting motivation and facilitating behaviour change. Such techniques are commonly offered in health apps and are likely to be useful for both people working on health goals that they wouldn’t normally see a doctor for (such as increasing fitness) and people self-managing a health condition in consultation with their doctor.

5. Does the app have bad reviews?

If reviews are bad, the app probably doesn’t work well, so give it a miss. However, good reviews aren’t necessarily a sign that an app is fundamentally trustworthy.

6. Might you put off seeing a doctor based on advice from the app?

Simply, don’t. While many apps contain sound medical information, they are no substitute for a consultation with a doctor. If you have a health concern, you should see a GP.

The landscape of smartphone health apps is quickly evolving, and regulators are struggling to keep pace. There are many outstanding apps to help people improve their health. My advice? Have fun experimenting with health and fitness apps – just be sure to bring along a healthy dose of common sense and scepticism.

And remember, an app does not put a doctor and specialist medical lab in your pocket.