Just A 5% Weight Loss Can Dramatically Improve Your Health 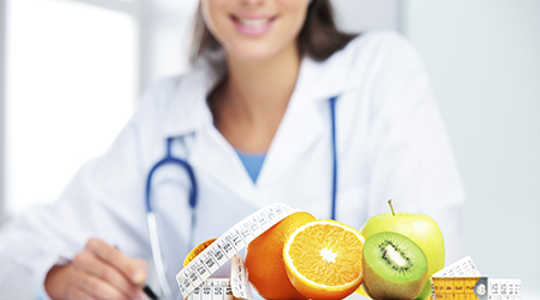 "If you weigh 200 pounds, you will be doing yourself a favor if you can lose 10 pounds and keep it off," Samuel Klein says. "You don't have to lose 50 pounds to get important health benefits."

For patients who are obese and trying to lose weight, the greatest health benefits come from losing just 5 percent of their body weight.

00:0000:00Use Up/Down Arrow keys to increase or decrease volume.
“Our findings demonstrate that you get the biggest bang for your buck with 5 percent weight loss,” says principal investigator Samuel Klein, professor of medicine and nutritional science and chief of the geriatrics and nutritional science division at Washington University in St. Louis.

“The current guidelines for treating obesity recommend a 5 to 10 percent weight loss, but losing 5 percent of your body weight is much easier than losing 10 percent. So it may make sense for patients to aim at the easier target.”

Researchers randomly assigned 40 obese individuals—none of whom had diabetes—to either maintain their body weight or go on a diet to lose 5, 10, or 15 percent of body weight. The researchers looked at whole body, organ system, and cellular responses before and after the weight loss.

Among the 19 study volunteers who lost 5 percent of their body weight, the function of insulin-secreting beta cells improved, as did insulin sensitivity in fat tissue, liver and skeletal muscle tissue. A 5 percent weight loss also was associated with decreases in total body fat and with much less fat in the liver.

Interestingly, markers of inflammation, which are elevated in people with obesity, didn’t change much when study subjects lost a moderate amount of weight. Although scientists hypothesize that increased inflammation in fat tissue contributes to metabolic problems such as insulin resistance, the new study, published in the journal Cell Metabolism, shows that metabolic function could improve while markers of inflammation remain unchanged.

That element of the research will require further study. Klein also wants to expand the study to people who have diabetes.

“We don’t know whether people with diabetes will have the same response to this type of progressive weight loss, so it will be important in the future to repeat this type of study in people who have type 2 diabetes,” he says.

In the meantime, people with obesity can benefit significantly from losing even a little bit of weight.

“If you weigh 200 pounds, you will be doing yourself a favor if you can lose 10 pounds and keep it off,” Klein says. “You don’t have to lose 50 pounds to get important health benefits.” by Jim Dryden, Washington University in St. Louis
Inflammation is one of the main reasons why people with diabetes experience heart attacks, strokes,… by Shogo Sato, Texas A&M University
Anyone who has suffered from jet lag or struggled after turning the clock forward or back an hour…

The Accumulation-Happiness Myth Is Fueled by False Beliefs