How Psychology Taught Us To Be Helpless About Domestic Violence 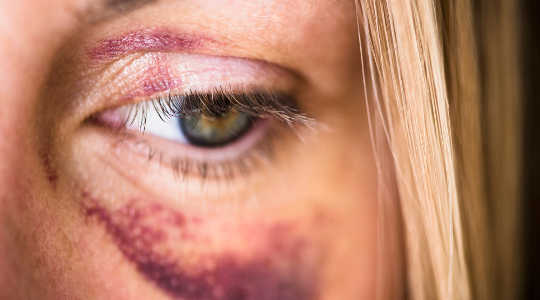 Learned helplessness has entered our vernacular and swallowed up socially accurate explanations for violence.

The story of how psychology framed women for their own assaults began, as so many of psychology’s stories do, with some trapped animals. In the late 1960s, psychologist Martin Seligman conducted a series of behavioural experiments with dogs. He electrically shocked them at random and observed their responses.

After being locked in cages and subjected to pain that was unpredictable and uncontrollable, the dogs eventually gave up their attempts to escape, even when their cage doors were opened. In a now classic case of reframing, Seligman coined the term “learned helplessness” to describe their responses.

This new theory was incredibly attractive. It neatly and conveniently located the problem in the victims of violence, and manipulated their reality-based perceptions of a toxic and life-threatening environment.

Learned helplessness was such a socially palatable label for repeated victimisation that it’s still regularly applied to many victims of social, institutional and interpersonal violence. This includes, most notably, women subjected to domestic violence.

Like the slippery concepts of low self-esteem, Stockholm syndrome, co-dependence or traumatic bonding, learned helplessness has entered our vernacular. It has swallowed up socially accurate explanations for violence, until nothing is left but to blame the victim.

Journalist Julia Baird’s much-echoed critique accurately positioned Dr McLaren’s piece in the context of a long history of “provocation” theories. These attempt to explain domestic violence as a predictable response to a woman’s inability to follow the rules of appropriate communication.

But unfortunately for women seeking therapeutic support, in order to survive and escape domestic violence, therapists of all persuasions have been specifically trained to locate the problem in their clients. Dr McLaren is no exception in a profession that continues to focus research on the individual attributes of victims of violence, and to pitch their therapeutic techniques towards victim responsibility.

This contributes to women’s disempowerment and to our overall inability to see the violent forest for the trees.

Therapists working to support women in situations of domestic violence need to move outside of individual psychology and away from therapy. They need to name the wider problem and directly address how the social determinants of gendered violence are affecting the health and safety of the women they’re working with.

To do this requires a complete overhaul and a rejection of much of our own teaching. Therapists must relearn a feminist framework of male entitlement, power and control, and stop embracing apologist responses such as anger management.

Then, the “damaged man” who is too wounded to control himself and needs our understanding disappears. He becomes, more accurately, a man who skilfully uses violence to manage his rage and needs to be controlled.

Instead of the woman who has learned to be helpless, women’s responses to men’s violence can be understood as adaptive behaviour. This occurs within a fundamentally toxic social environment in which being subjected to violence is treated as a personal failure and where every response is either pitied or pathologised.

Such an overhaul requires therapists to engage in the painful process of facing our profession’s complicity in violence against women. Anything less is not only dangerous and ineffective, but a significant and widely debilitating contribution to the problem.

We don’t “keep choosing violent men”. There are simply enough of them to go around to put one woman in this country in hospital every three hours. And violence of all kinds has such a profound impact on our available resources that we become increasingly vulnerable to violence the more of it we are forced to endure.

We have not learned to be helpless; we have learned from our histories. In our psyches, in our hearts and in our minds we have been changed. How could we not be?

Zoë Krupka, PhD Student Faculty of Health Sciences, La Trobe University. She supervises research in the Master of Counselling and Psychotherapy program at the Cairnmillar Institute in Melbourne. You can find her blog at zoekrupka.com. Why We Need To Rethink Air Hygiene

by Ian David Longley, National Institute of Water and Atmospheric Research
Indoors, you can increase the dilution of your breath by ten times simply by opening some windows.… Not Everyone Knows That We Have An Additional 6th Sense

by Jennifer Murphyy University of London and Freya Prentice, UCL
Most people are familiar with the five senses (touch, sight, hearing, smell and taste), but not… How writing can improve mental health

by Christina Thatcher, Cardiff Metropolitan University
Ernest Hemingway famously said that writers should “write hard and clear about what hurts”.…