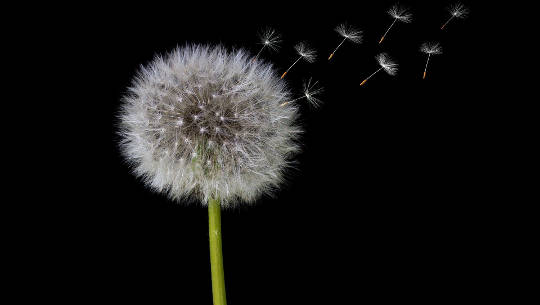 It is true that money should never be used as the only yardstick for accomplishment, but it is useless to pretend that is not so. That may change in the future, but for the now, money is the measure to be used as an exchange of energy. As always, the end result to strive for is balance.

Those with the bucks, as you say, must closely look at themselves to see where they are lacking, and in which direction their sense of moral values is headed. Those who are having problems with money and are metaphysically enlightened, must also seriously examine how you have been unable to create the comfort level that could enable you do your work more creatively.

You have all created your own reality on this issue, and it is a shame that those of you who are so evolved on the one hand are also those who are having the most difficulty with the concept of abundance/cash for living.

You have manifested money on several occasions. Can you remember that $20 bill you found at your feet a while back? It was you who manifested that money because you had faith that it would be there — and it was. If you did it once, you can surely do it again. In fact, you have done it more than once in a period of your life when you were not nearly as developed as you are now.

So think about manifesting money and work on it instead of just moaning and worrying that there is never enough.

Everyone has to face the issue of money squarely, and release the old habits of childhood. We know that you were raised not to think or talk about money. You were told to consider those who concentrated on making it (to the exclusion of all else) to be very bourgeois and low-class. That attitude has made it very difficult for some of you to handle your situation adequately.

When observing those with more than you, it is necessary to look at their childhood situations. There are many who were raised in great poverty and vowed to never experience that again. On the other hand, many were raised with a certain comfort level, and were never made aware of the necessity of creating abundance in their lives.

These two opposite concepts are being brought into clarity for the sole purpose of creating abundance through the correct thought patterns. This is a rather new concept for many, but if you stop to think about it, you will see that this lesson could be learned thoroughly.

It sounds like a rather simplistic view of life, but, in essence, the thought pattern of 'never enough' is very prevalent and is not conducive to leading a productive life. If you will all work on this aspect it will begin to change for you. Many of you are on the right path in thinking that there is always enough, that's true, but you place yourselves under enormous pressure because your thought patterns do not go quite far enough.

Money should not be regarded as the enemy, but as a companion on the road through life, to be used with wisdom and kindness and correct thinking. The problem is that this thinking is not being taught and educating children to the true value of money (as an exchange of energy) is a very important task. Money for the sake of money or used as a means of control, is unacceptable.

Money is a necessity of life on Planet Earth. The error that has been made by many is the failure to acknowledge that necessity and the failure to create the thought patterns that will always produce the stuff when needed.

Everyone falls between two possibilities: you are unable to create money in the normal manner nor can you create it through your thought patterns. Now is the time to learn — really learn — how this can be done. A major attitude change is needed here. Think about it and BEGIN. Remember, it is the misuse of money which is bad... not its creation.

It's Not About the Money: Unlock Your Money Type to Achieve Spiritual and Financial Abundance
by Brent Kessel.

What do the latest financial thinking and ancient spiritual teachings reveal to us about financial freedom? Top financial advisor Brent Kessel insists financial success and security is "not about the money." This book will help you identify your money type, providing information and resources as well as exercises and meditations to inspire a fresh approach to your relationship with money that will change your life.

For More Info or To Order This Book. Can You Allow Yourself To Have It All?

by Dr. Wayne Dyer
It is a simple procedure to calculate the number of seeds in an apple. But who among us can ever… by José Stevens, Ph.D.
What is prosperity? Many of you automatically think of prosperity as something primarily financial.…

by Ewald Kliegel
In this excerpt, Ewald Kliegel provides reflexology techniques for one of the most common human…