Why Having More Stuff Does Not Mean More Happiness

Consumption. By a strange shift of meaning, this 19th-century word describing a serious and often fatal disease is the same word used now for a way of life focused on material goods. Is it time to bring back its negative, and often deadly, associations into our public discourse?

Consumption as reality and metaphor operates on many levels – personal, communal and economic. Most importantly, it causes profound consequences for the planet and its resources.

The forty-fifth anniversary of Earth Day provides a fitting occasion to think more broadly and deeply about what these patterns of consumption mean for us, our communities, and for planet Earth.

We all want stuff, but in our overdeveloped, fast-paced culture we seldom challenge ourselves to ask ourselves the one important question: how much is enough?

Of course, important distinctions have to be made between fundamental needs – water, food, clothing, shelter along with the financial security to achieve them – from those things that are not essential to our survival. These non-essentials may include owning large passenger vehicles, taking luxury vacations, or dining at four-star restaurants. Although many people desire these, do they foster human happiness?

Many studies indicate that such non-essentials rarely appear at the top of the list of what actually fosters human fulfillment or happiness. Research indicates that income levels above $75,000 a year rarely result in remarkably increased levels of happiness.

In The more money, the merrier?, Harvard Business School professor Michael Norton shows that the ultra rich report high levels of happiness when they give some of their money away to others. In contrast, those with very little money do report increased happiness with improved income and wealth but there is a point of diminishing returns in the happiness quotient.

If having a great deal of money along with the ability to buy stuff is not a major component of happiness, why are we so consumed with consumption? Have we been duped by the pressures of advertising that creates “needs” and manipulates our desires?

Some of the motivation for this pursuit of stuff is comparative and is rooted in the desire to appear as well off as friends and neighbors. And we do this even though many of us know that a good family life, meaningful work, and fulfilling social relationships contribute much more to our well-being than what is in our paychecks or our stock portfolios.

Other than the tiny percentage of counter-cultural messages that appear in publications or platforms such as Adbusters, we are inundated by messages and advertising from every media vying for our time, attention, and money.

If Money Were No Object, What Would You Truly Desire To Do?

Always Wanting More... Can This Be A Good Thing?

It takes enormous focus and discipline to screen out the onslaught of these ubiquitous messages and use our mental energies for more worthwhile tasks that lead to human fulfillment.

At the global level, researchers know that we are well beyond the carrying capacity of the Earth’s resources given the current human population and the projected increases expected to occur this century.

The World Happiness Report from the Earth Institute at Columbia University shows that while happier countries are those with greater wealth, other factors contributing to human happiness are more important than wealth, including strong social support, the absence of corruption, personal freedom, good family life, and community engagement.

If aggressive consumption is not what makes people happy, how can we begin to reframe our thinking and, more importantly, alter our behavior in the marketplace to be in harmony with the pursuit of genuine happiness? 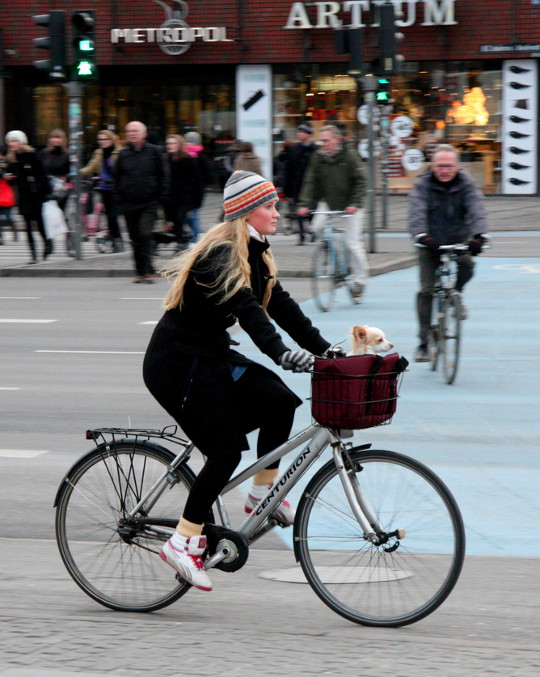 A new book may help us to think this through by looking at ways to reduce externalities like emissions to which we all contribute but feel little obligation to redress. In Climate Shock: The Economic Consequences of a Hotter Planet, authors Gernot Wagner and Martin Weitzman challenge the behavioral economic view that small personal changes are negligible and irrelevant to social change. They argue that the initiatives of a few people with strong moral commitments can effect social changes.

They call their finding the “Copenhagen Theory of Change” that shows the ways in which small individual choices can lead half the inhabitants of a city of 1.2 million people to use bikes for commuting (yes, even in winter at the 55th parallel).

Moreover, the city of Copenhagen is on track to achieve carbon neutrality by the year 2025. No doubt the reduction in the use of private passenger vehicles is a large part of this effort for Copenhagen to become carbon neutral in ten years.

Reduction in rates of consumption for those of us in the over-developed world can have very positive effects on individual happiness, can lead to more engaged communities working for social and economic changes, and can help reduce human use of natural resources.

In this effort, principles of distributive justice come into play and should lead to vigorous public debates about more equitable ways to distribute goods and services on the regional, national, and global levels. If these deep social and economic changes are technically possible, then we need the intellectual honesty, moral insight and courage to take them up as the most serious and complex issues of our time.

What better way to celebrate the 45th anniversary of Earth Day than to increase human happiness and give the gift of our self-restraint and reduced consumption to the source of all our sustenance – the Earth and its precious resources.

Judith Chelius Stark is Professor of Philosophy and Co-director of Environmental Studies Program at Seton Hall University. Her areas of specialization are the philosophy of Augustine of Hippo, feminist theories, and environmental issues. Can You Allow Yourself To Have It All?

by Dr. Wayne Dyer
It is a simple procedure to calculate the number of seeds in an apple. But who among us can ever…

The Art of Speaking Up and Taking Charge of Your Life

by Jude Bijou, M.A., M.F.T.
Both men and women have to learn to speak up in order to take charge of their lives and cultivate…