Twigs and Shout: Let Success Be Your Theme 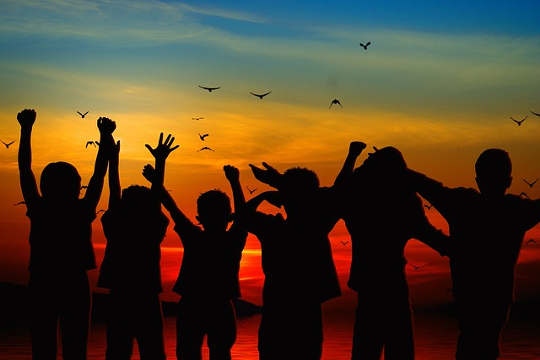 When Christopher Columbus and his crew were sailing their long and arduous voyage to a world they had heard about but never seen, the sailors grew discouraged. Eventually the faith-tested entourage began to wonder if they would ever find land. Then one day the scout in the crow’s nest excitedly shouted, “Twigs!” The crew ran to the rail and observed scattered debris of small twigs and leaves floating past the bow. An impassioned howl rose from the deck — land was not far away.

As you and I enter the new year, we, too, find ourselves on a journey over a vast uncharted sea. Will we ever reach the prosperity, rewarding relationships, health, clarity, and inner peace we have been promised? Can I have a job that fulfills my soul and provides me with a substantial income? Can I meet someone who truly matches me? Can I find harmony with my current partner? Is there a place on the planet that feels like home? Will my body work as well as I would like it to? Can I be happy?

Getting Closer to Your Ultimale Goal, One Step at a Time

While you may have not yet planted your flag on terra firma, signs will show up that let you know you are getting close. You may make a business deal that is not your ultimate goal, but offers a taste of how you would like it to be. You may feel physically well for a period of time, and although the sensation is not permanent — for now — you realize you can feel good. You visit a place that resonates with your spirit, and you find comfort knowing that such a locale exists and you may one day claim it or one like it as your home.

Or you meet someone who could be a great partner, but that person turns out to not be available or has a deal-breaking flaw. Disappointed again, you may be tempted to complain that you were teased or let down by the universe. But it’s the other way around: the universe is letting you know that what you want is possible, and you can feel the way you want to feel with someone right for you. That person was not the person, but he or she was a representation of the energy and experience you value and intend to manifest. If one such person exists, there must be others.

Don’t curse the experience because it did not become permanent. Bless it as a sign that the real thing is not far behind.

Seeing the Picture through the Lens of Opportunity

In the early 1900’s a shoe company dispatched a salesman to Africa to open up that market. A month later he sent a telegram to the home office: “Disaster! Disaster! These people do not wear shoes. Bring me home immediately!”

The following month a salesman from another shoe company was sent to Africa with the same assignment. He, too, soon sent a telegram home: “Opportunity! Opportunity! These people do not wear shoes. Triple production immediately!”

That’s why it’s important to notice twigs and celebrate them. The ratio of big ocean to small twigs is gargantuan, but it’s what the twigs represent that makes them more powerful than the expanse that outweighs them in size but not meaning. “Faith,” said Rabindranath Tagore, “is the bird that sings when the dawn is still dark.” When you hear the bird singing, no matter what the environment currently indicates, you can be sure the sun is not far behind.

If something can be done, it will be done. This is why “Kitty Hawk moments” are so significant. When the Wright Brothers flew their first flight in a heavier-than-air craft at Kitty Hawk, North Carolina, the flight’s duration was only twelve seconds. But what those twelve seconds meant was far more important than the flight itself. They meant that air flight was real and possible. Those twelve seconds were the portal to a new era in human history, leading only 66 years later to a man walking on the moon. That twig was a sign of a vast new territory not very far down the road.

You can hasten your arrival in the new world, symbolized by this new year, by being keen to observe the twigs that float past your bow. Celebrate and magnify them. Seize every sign that your good is on its way — actually already here — and let success be the theme of your exploration and expression.

Columbus and his crew were powered by stories and visions of a life they had never known, and they found it. You, too, have heard about dimensions that transcend the ones you have known, and you, too, will step into them. That’s what makes the new year new.

A Daily Dose of Sanity: A Five-Minute Soul Recharge for Every Day of the Year
by Alan Cohen.

This collection of inspiring, poignant, and humorous real-life stories, coupled with uplifting insights, will show you how to keep your head on straight and your heart open no matter where you are or what you’re doing.

Click here for more info or to order this book on Amazon. Also available in a Kindle edition.