A Watched Pot Never Boils! How Intention Makes a Difference 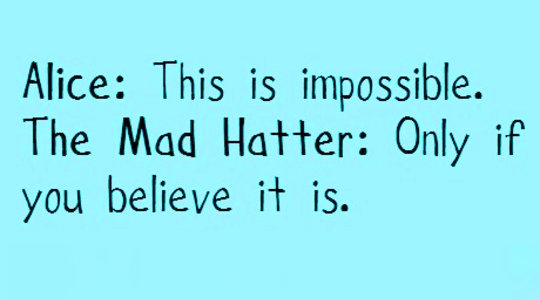 I have often asked myself why so many brave people, having failed in their marriage, their job or some other undertaking and then ploughing straight back into new experiences, fall into the same behaviour patterns, meet the same types of people and tirelessly relive the same unhappy experiences. They do this in spite of displaying resources of willpower, creative visualisation or positive thinking.

Through wide reading and study I had been aware for several years of the brain's fantastic properties. I knew "how" to program a more appropriate future. But in spite of this, in many cases things didn't work out. I searched for an explanation in a number of recent studies; and when you search, you find.

One day I decided to create an internet site. I changed my access provider for a more suitable one. No sooner had I subscribed than everything, including email, stopped working. I called a computer technician who said it was quite normal for everything to stop in this way. Before doing anything else you had to uninstall the old parameters and set new ones. Of course!

This is what we have to do our own computer/brain: uninstall a program to enable us to install a new one.

The questions is, how?

I knew how to program, but I didn't know how to deprogram. And I needed to know there was something that needed deprogramming!

In 1997 I became aware of the work of the clinical psychologist Marc Frechet, who died in 1998. He had worked out the cycles of memorised cells, which was exactly what I needed in order to understand fully how the brain worked. Deprogramming and reprogramming.

I understood that we quite simply reproduce the patterns of thinking, the mental processes of our parents and grandparents.

In order to become truth, each new piece of information has to pass through three stages:

Believing That The Impossible Is Indeed Possible

These days, to dare to say that happiness exists, to maintain that we can be the author as well as the enactor of our lives, or to say that someone with a serious illness can perhaps be cured, often provokes the first two stages simultaneously: the amused laugh and violent opposition. One is all too readily suspected of belonging to some peculiar sect.

Thankfully, there have always been people who believe in their dreams, believe the incredible and demonstrate that the impossible is indeed possible. If mankind had stopped at the visible, tangible universe, the universe of the senses, we would certainly have remained stuck in a dim and distant past.

Here are statements made according to the logic of their times by "experts" who did not attempt to explore further:

The more one insists on opposing the new, the more one slows down its acceptance as reality. Fortunately, throughout history there have been men and women who, through their own imaginations, have gone beyond the known to concentrate on innovation and utility.

An experiment conducted in 1989 by Wayne Itano and colleagues at the National Institute of Standards and Technology in Boulder, Colorado was reported by Dr. Fred Alan Wolf in his book "The Dreaming Universe". It consisted of the researchers observing some 5,000 atoms of beryllium in a magnetic field exposed to radio waves.

To help understand the experiment, Fred Alan Wolf gives the analogy of a pot of water which one observes in bringing it to the boil. The experiment confirmed that the pot of water never boils when it is under observation. The more the researchers observed the process, the longer the beryllium atoms took to "boil". According to Dr. Wolf the results of the experiment were affected the by the "observer effect". This principle, generally accepted today in quantum research, is as follows: "The more a quantum system in observed in a particular state, the higher the probability that it will remain in that state."

Waiting With Intention: Your Intention Counts

It is the observer's intention that counts, says Dr. Wolf. Remember that if the object or system is to remain in its original state then the observer must observe it in that state. So, if the intention of the observer is to watch the pot boiling, it will boil. This "intention" is different from simply waiting. Also, the appropriate action must take place. Experiments have shown that the working of the human mind directly affects the behaviour of subatomic particles — the quantum system. There is interaction or communication between inanimate object and the human mind.

Our thoughts do have the power to influence things around us in a way that can't be explained using the laws of traditional physics. It seems that in some way the very atoms are aware that they are under observation and as a result change their state or behaviour. The phenomenon suggests that even subatomic particles have a form of 'awareness' or 'perception' of what is going on around them. Native Americans call this 'the spirit of the molecules'. This consciousness seems to extend to a form of relationship between them and human thought.

By extension, observing a thing or a system in its original state makes it very likely that it will remain in that state. On the other hand, if our intention is other and we see what we truly want the thing or system to become, we will give life to the change.

I have written this book to show you that you can rewrite your life scenario, write a fine story, set it up and live it.

©2011. All Rights Reserved.
Reprinted with permission of the publisher,
Findhorn Press. www.findhornpress.com.

Create the Life You Want: How to Use NLP to Achieve Happiness
by Michelle-Jeanne Noel.

Click here for more Info and/or to Order this book.

Michelle-Jeanne Noel is a naturopath who researches the faculties of the brain, the relationship between body and thought, and modern approaches to conflict solving. She is a teacher of neuro-linguistic programming and Eriksonian hypnosis and a consultant in communications and human relations. Does Life Gives You Exactly What You Ask For?

by Michelle-Jeanne Noel
Someone said to me recently; "I'm not asking for much!" Well, her mind has given her exactly what… by Michelle-Jeanne Noel
There is a message inside everything we experience, in tune with what we need to learn. We often…