Decision-Making: How To Know What's The Right Decision 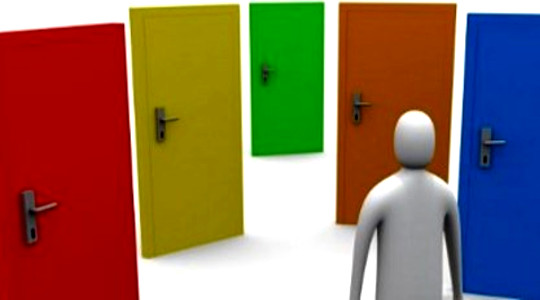 Youth is so burdensome because we have to decide which direction to take in many domains at once. Choices made in our twenties feel like the hinges upon which the rest of our lives will swing.

By the time we become elders, we have the benefit of every crossroad we have already passed. There have been hundreds of roads not taken. We worry much less about making a wrong choice, since some of our carefully considered decisions have led to dead ends and some of our gut impulses have led to unforeseen gains.

We realize that the very idea of a wrong or right choice is falsely polarizing. No matter what decision we make, we know we may end up pining for some aspects of the life we declined even as we celebrate the many advantages of having moved on.

Which is the Right Life Decision to Make?

At the age of twenty-three, I faced a choice I found overwhelming. Out of the blue, a job offer came that meant I would have to break commitments I had made to two jobs and a boyfriend. I had forty-eight hours to decide if I wanted to serve as dean of the junior class at Wesleyan University in Connecticut. A dean had resigned just as the academic year was beginning, and they needed someone who knew the school well enough to take over immediately.

I was gyrating with indecision, unable to sleep or eat. I liked my new life in vibrant Philadelphia. Would returning to my college town be a move backward, or forward? Which was the path I was supposed to follow?

I was lucky to be able to air my dilemma with an elder. With twenty-four hours left to decide, I took a long walk with one of the board members of the tutoring project who had offered his counsel. He was retired, in his late sixties, with intense eyes and a gentle manner. He heard me out. When I finished delineating all my elaborate permutations, he said, "Years from now, what will have been the right choice? Think of how this juncture will seem in years hence."

I was startled by his certainty. I suddenly saw myself as an elder, looking back on this young woman who was too afraid of disappointing others to grab hold of what she really wanted to do. On that tree-lined street with its elegant houses and expansive lawns, I was young and I was old. I was also myself, and I saw that I should take the job. I suspected I would never regret it. I made the call to accept as soon as I returned to the house. Within a few days, I quit my job, broke up with my boyfriend, and packed up my belongings.

Consequences of the Decision Made

During my stint in the dean's office, I helped scores of con­fused students choose a major, wrestle with what to do with their lives, and bear the agonies of break-ups and conflicts with room­mates. Exposure to so many life stories made me fluent in varieties of sympathy and gave me inklings of my future as a therapist. My self-confidence grew at a pace that my former life in Philadelphia could not have matched.

Viewing their lives from the outside, we might think that those we admire got to where they were through a sequence of well-made plans. Now that I am older, I know that almost everyone operates more by feel than by design. Most of us have only a vague idea of where we are going. At best, goals are guesses, not assured destinations. We may zigzag here and there, or circle back to the familiar before we break out of it and move ahead.

What Life Decision Led Me To This Point?

When we try to retrace the steps that led to our taking one fork in the road of life rather than another, we may not be able to recall what tipped us toward the choice we made. Details of the circum­stances that mattered so much to us at the time may have faded into inconsequence.

The deciding factors could have been any­where from wise to arbitrary, the distillation of alternatives pon­dered deeply or swayed by the toss of a coin. Alternatives come to us through a mix of complex factors, some of which we influence and others that arise from just plain luck. It is freeing in itself to see that we can take credit or blame for only a certain portion of what has befallen us.

Life Gets Better: The Unexpected Pleasures of Growing Older
by Wendy Lustbader.

Youth is not the golden era it is often made out to be. For many, it is a time riddled with anxiety, angst, confusion, and the torture of uncertainty. Conversely, the media often feeds us a vision of growing older as a journey of defeat and diminishment. They are dead wrong. As Wendy counters, "Life gets better as we get older, on all levels except the physical."

Wendy Lustbader, MSW, is an author, social worker, and professor, who works with older people, their families and caregivers. She is the author of Taking Care of Aging Family Members (coauthored with Nancy R. Hooyman), Counting on Kindness, and What’s Worth Knowing. Wendy's publications include two videos. The first, "A Prescription for Caregivers," shows caregivers and those who assist them how to make life better for the giver and receiver of care. In her other video, "Kind Hands," front-line workers learn how to respond to grief and vulnerability. Wendy lectures nationally on subjects related to aging.

Watch a video with Wendy: Changing The Culture of Aging