Don't Say Goodbye To Zoom Yet: Most People Want To Get Back To The Office, But Not For The Full Week 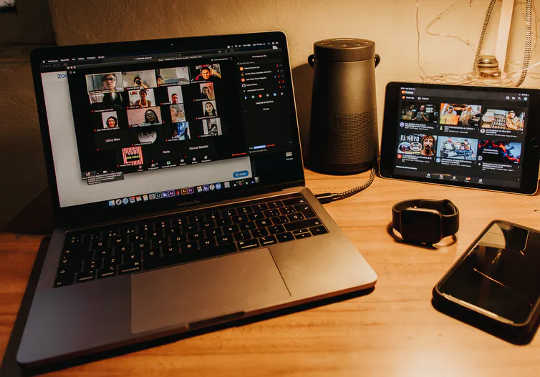 Can we say goodbye to Zoom yet? Not quite. Gabriel Benois/unsplash, FAL

As more and more good news about vaccines has come pouring in, Zoom has watched its shares tumble. Contrary to nervous markets, however, we believe video conferencing and remote working are here to stay - whether we like it or not.

During the pandemic, how and where we work changed for many of us. The UK’s Office for National Statistics revealed that working from home had increased from 5% of the workforce before the pandemic to 47% in April 2020 – less than two months after the pandemic was declared. Hand in hand with this unprecedented rise in homeworking was an equally surprising increase in the use of collaborative and video conferencing software, including Zoom, Microsoft Teams and Google meets. Zoom appeared to be the pandemic’s success story. In April, the use of Zoom peaked at over 300 million daily meeting participants – up from 10 million meeting participants in December 2019.

The rapid fall in Zoom shares since the vaccine announcements is somewhat reactive. Our research with eighty interview participants in Spring and Summer of 2020 and almost 1,400 survey participants, indicates that not only do people want to keep having some of their working week at home, but that they are also happy to video conference with homeworking colleagues from the office.

People are keen to return to the office 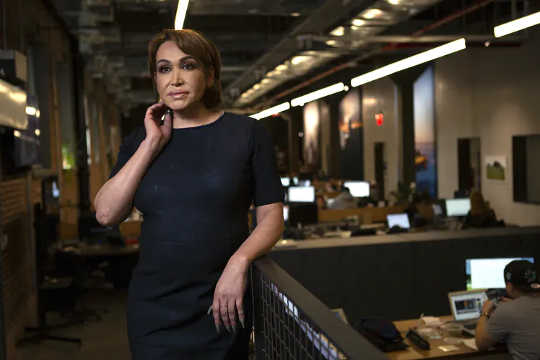 Hybrid working looks set to be the future as we work sometimes from home, sometimes in the office. The Gender Spectrum Collection/broadly, CC BY-ND

Our research found that the weekly Zoom quiz became as central to people’s lives during the lockdown as the government’s press briefings. However, nearly eight months later, our latest interviews with our panel of 80 homeworkers suggest that now, for many, the weekly Zoom quiz is becoming a historical artefact. People are keen to get back to the office and back to work, mainly because work had intensified while being at home.

In our survey during the pandemic, we found that 54% of employees increased their working hours under lockdown. What has been established over many decades is that rather than emancipating the worker, technology frequently leads to an intensification of work.

We found that 60% of new homeworkers had an overall increase in work demands during lockdown, 51% felt constantly under strain and 50% found a blurring between work and life. What we need to establish is whether this intensification is a product of adaptation to new ways of working, or if there is greater pressure on the staff who remain employed after many were put on furlough or made redundant.

What we do know is that pressure on people working from home is worsened by the removal of the social aspects normally enjoyed at work. There is a huge amount of research into the positive side effects of the social parts of a working environment. We found that the social aspect of work is part of a complex “buffering system” that creates a manageable ebb and flow during the working day.

It’s not Zoom that people are fed up with - it is the intensity of Zoom after Zoom after Zoom. In a typical office workday, there are emotional and material buffers between meetings. The informal debrief in the corridor or catch-ups with colleagues before a meeting. A walk down the corridor to another office to ask a quick question, rather than an allocated Zoom meeting. Yet this is not possible when working from home. Our interviewees told us that they don’t want to pick up the phone to call a colleague at home, even during working times, as there is a worry that they are intruding on personal space and privacy, by calling a mobile while the person is at home.

Fulfilling Your Desires: Start By Asking The Right Questions

How To Shed Limiting Beliefs and Achieve Your True Potential

Workers are missing a range of “buffer” activities associated with the job. One of these buffers is the commute between home and work, allowing people to gain some distance both physically and mentally. Others are the experiences mentioned previously: casual chats before meetings, coffees, nipping into someone’s office. It is these activities that form a key part of the natural change of pace during the day, that reduce feelings of being overloaded and pad out the intensity of work.

While it would be easy to blame Zoom for the faster pace of work and associated exhaustion of working from home, it’s actually how Zoom is used and the lack of breaks between meetings that creates weariness with conferencing technology.

As soon as we are all vaccinated, will the share prices drop further and all things Zoom become a forgotten artefact of the pandemic? Interestingly enough, from our research, participants were happy to work from home some of the time and equally happy to Zoom from the office. But after the Zoom, they still want to have a debrief coffee with colleagues, ideally in person. How effective video calls and conferencing software are was not underestimated by the people in our study, but they struggled with missing out on the ebb and flow of the workplace, which makes the day more manageable.

Zoom shares are probably still a safe investment, but the revolution to full-time homeworking is unlikely to be part of the future of work any time soon. by Abigail Marks et al
The COVID-19 pandemic has sparked a unique experiment in mass homeworking. It’s the first time… by Tom Voss
There’s only so much adrena­line a human body can make. There’s not enough to make love and war. To…

Taking the Spirits with Oneself: The “Hunt for the Soul”