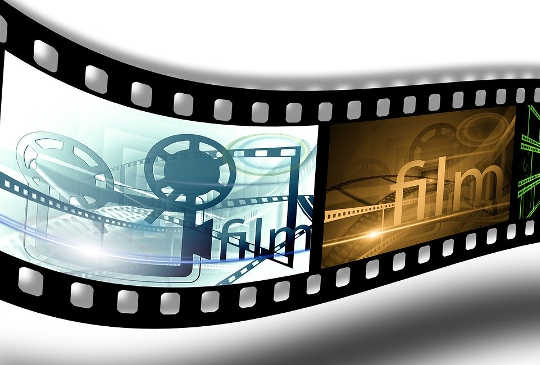 During my senior year at the University of Pittsburgh, I found myself in a battle for the starting kicker position on the team. My kicks flew too much to the left and to the right. I was the Happy Gilmore of football kickers.

I was also battling my mind. I was spending too much time on what I was doing wrong and not enough time on my successes. One day, I had a meeting with my coach, Amos Jones, that completely changed the trajectory of my career and still, to this day, serves as a reminder to focus more on positivity.

Are You Focusing on What Went Wrong?

We can not be successful if we always focus on what went wrong. Whatever we focus on, whatever we put most of our attention on, grows and thrives. Harping on our mistakes and misfortunes will only produce more of them.

Here is what happened on that day with Amos while I was sitting in his office after practice.

“You remind me of a kicker I had down in Tuscaloosa, Alabama. You have a cannon for a leg, and your head is on straight, unlike some of those bozo kickers I see out there these days. But sometimes when you kick a field goal,” he added, “the ball flies in the air like a doggone helicopter.”

He grabbed his laser pointer and popped in a video of one of our practices with a close-up of me kicking. We watched the kicks that I hit clean and the ones with the helicopter ball.

“See, look there, son,” he said. “Your foot is hitting the ball too high. You’re missing the sweet spot. And look what your foot is doing when you hit it right. You clean this up, and you could be an All-American.”

Paying Attention to What You're Doing

He continued. “You need to pay more attention to your mechanics. Sometimes you just try to crush the ball into outer space. What good is it if your balls land on Mars when they are supposed to land on the moon?”

I sat and listened. He wanted me to be his guy. He believed in me. And now I didn’t want to let him down. I wanted to lace up my cleats and sprint into the stadium and start kicking.

“One other thing,” Amos said. “I see some of the other kickers trying to get in your head. Don’t let them.

Each one of them was recruited and given a scholarship and probably promised they would be the starter. They’re not happy about you showing up out of thin air trying to take their job... Keep working hard and don’t listen to any bullshit they toss at you.”

I nodded. From then on, I enjoyed their trash talk as it just motivated me more.

He tossed the VCR remote onto my lap. “I’ve got to go. I have a coaches’ meeting.”

Focus on Your Successes, Not Your Failures

He stopped at the door. “You know,” he said, “you won’t be successful if you just focus on what you do wrong.”

“When Coach Bryant walked into the auditorium after a game, he showed the team film from the previous game. He hardly ever showed the players their mistakes. He mostly showed them plays that they were successful in.”

“Give most of your attention to your good kicks.” And off he went.

At that moment, something changed. I would focus more on my successes and give less attention to my failures.

I sat in his office for a couple of hours watching videos and came back the next day. I studied the position of my plant foot. The remote control was glued to my hand. I went over and over the tapes. I could see the difference when I hit it right and wrong.

And then, taking Amos’s advice, I watched some of the good kicks again and again until the right way to kick was cemented in my mind. Going forward, I replayed in my mind scenes of success and positivity. Brushing my teeth, lying in bed at night, on the field, the film clip in my mind showed the ball soaring beautifully through the posts.

The Power of Positive Visualization

The power of positive visualization changed my career. The following season, I was the second most accurate kicker in the nation and then signed an NFL contract with the Detroit Lions.

I owe a big part of my success to Amos and the power of visualization. This can be applied to any aspect of our lives.

We can learn from our mistakes. They can be healthy opportunities for growth. The biggest challenge is, how much attention do they deserve? Usually not as much as we give them. Focus on where you want to go.

The next time you find your mind going to a potential negative event, use your new skill of visualization and reinforce your positive thinking to propel you forward!

©2020 by Sean Conley, an ex-NFL kicker.
All Rights Reserved. Printed with permission of the author.

The Point After: How One Resilient Kicker Learned there was More to Life than the NFL
by Sean Conley

A vivid account of life in the NFL—and an inspiring story of everything that comes after. Against seemingly impossible odds, Sean Conley became the starting kicker for the University of Pittsburgh in his senior year. A year later, he suited up for the Detroit Lions. But when he joined the New York Jets soon after, Conley’s injuries caught up to him, and his lifelong dream came crashing down in a crisis of denial and fear. But while Conley thought life was over, it was just beginning. Transcending football, this is the story of an ex–football player who discovered the true meaning of sports and life, and found happiness in the most unexpected way. Embodying the spirit of the underdog, this is a moving tale of strength, determination, and spiritual grit.

For more info, or to order this book, click here. (Also available as a Kindle edition, an Audiobook, and an Audio CD.)

Ex-NFL kicker Sean Conley (Detroit Lions, Indianapolis Colts, New York Jets) suffered career-ending injuries from overtraining. He began practicing yoga as part of his rehabilitation, and soon embraced yoga’s mindfulness, meditation, and philosophy as a new life direction. Now a yoga teacher himself, he owns Amazing Yoga in Pittsburgh, Pennsylvania, with his wife. His new book is The Point After: How One Resilient Kicker Learned There Was More to Life Than the NFL (Lyons Press, 2020). Learn more at seanconley.net

Podcast/Interview: NFL Kicker to Yoga Instructor–You Too Can Reinvent Your Life At Middle Age by Sean Conley
When I made it into the NFL, it was the culmination of everything I’d dreamed of as a boy — and an… by Nancy Windheart
I had the privilege of meeting and communicating with Gable over time, and assisting Jennifer and…

What Motivates Your Choice of the World You Prefer?

by Alan Cohen
The reasons for our choices prevail at a level below our conscious mind. Every living thing does…