Why You're More Likely To Lie For Your Boss 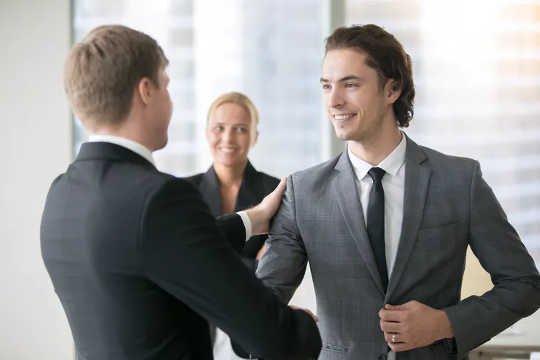 We generally believe that it is a good thing to have strong relationships with the people we work for and those we manage. Organisations and leaders do many things to cultivate this: retreats, one-on-one meetings, lunches, coaching – to name a few. But good relationships at work can also lead to unethical behaviour.

In a recent study with our colleagues Ramzi Said and Onne Janssen, we found that people who report stronger relationships with their bosses are more likely to engage in bad behaviour on their behalf. This included things like misrepresenting the truth or withholding negative information about them to make their manager look good, even if it brought themselves no obvious or immediate benefit.

We conducted two studies. One was an experiment with more than 150 workers from the United States and the other a survey of more than 200 European employees. Across the two studies, we found that when employees believed that acting unethically helped their leader, they were more likely to do so if they had a strong relationship with them compared to when the relationship was weak.

We also discovered why this was happening. Workers acted unethically as a way to reciprocate or “pay back” their boss for their boss’ dedication to them. This expectation was in no way made explicit by their boss. Instead, the workers were merely acting upon the universal norm of unspoken reciprocity: if you do something good for me, I will do something good for you in return.

Similarly, we found that if people don’t have a good relationship with their boss, they will do the opposite. They are more likely to engage in unethical behaviour to support themselves, potentially at the expense of their boss.

The motivation was the same. Instead of reciprocating their good relationship with their boss, here people felt the need to get their own back on their bosses for having a bad relationship with them. They would be more willing to misrepresent the truth to make themselves look good or to withhold true but negative information about themselves to others in the organisation. 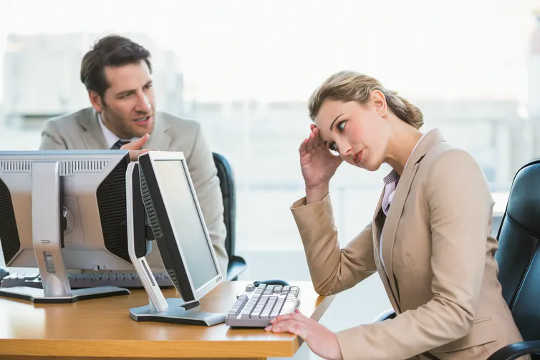 If you don’t like your boss you’re more likely to act unethically at work. Shutterstock.com

Previous research tells us that this kind of behaviour isn’t limited to people’s relationship with their immediate boss, but extends to the organisation as a whole. Other researchers have found that employees who strongly identified with their organisation were more likely to misrepresent the truth, withhold possibly damaging information about it, even if it meant acting against a customer’s interests. Again, this is all out of a sense of paying back a company that they cared deeply about.

This work also suggests that when employees identify strongly with the organisation they work for they might become blinded to any wrongdoing or unethical behaviour because of their positive view of their workplace.

Are Your Social Self And Your Essential Self Working In Harmony?

Are You Wasting Energy on Goals That Suck?

Benefits to be had

Research shows there are huge benefits for both companies and individuals when employees have good relationships with their managers, including a positive effect on their physical and mental well-being. People who have strong relationships with their bosses also tend to perform better at work, spread goodwill further across the rest of the organisation, and are more supportive of their peers – not to mention experiencing greater job satisfaction and developing a higher level of commitment to their company.

So bosses must put measures in place if they want to both cultivate strong bonds with the people who work for them and ensure that they act ethically and uphold strong company values. They must make it clear that lying, cheating, or doing anything else to protect their manager is neither allowed nor appreciated. Bosses must make it clear that they, nor anyone else in the company, sees this as a positive behaviour that demonstrates loyalty.

And when bosses do observe this kind of behaviour (even if it’s on a small scale), they must immediately bring it to the worker’s attention and perhaps even accompany it with a meaningful sanction in order to demonstrate the importance of not acting that way. Employees should also realise their potential to do the wrong thing in a misguided act of loyalty towards their boss – and avoid it.

Strong workplace relationships are always beneficial, particularly in the current climate of anxiety brought on by the COVID-19 pandemic. But, even so, these relationships should be the basis of more ethical, not unethical, behaviour. In the Crossfire: Bilingual in Québec

by Nora Caron
Throughout primary school, I became accustomed to being in the crossfire of two opposing camps.…

by Joyce Vissell
Once in a while, a person will have a defining moment -- an experience -- a bit of wisdom or…