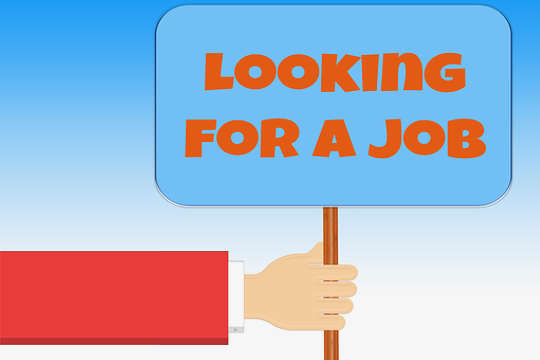 As technology advances and changes our economy, young jobseekers will bear the brunt of changes in the labour market. With the increasing automation of jobs traditionally occupied by young workers and professionals, a whole generation could face a dystopian future if policymakers fail to act.

A report by the Committee for Economic Development of Australia argues that a new wave of automation is allowing machines to “replicate aspects of human thought”. Classical economists as far back as Adam Smith argued that technological advancements and economic change go hand in hand, but the latest shift seems set to change employment as we know it.

Australia’s Chief Scientist has argued that 75% of the fastest growing occupations will require STEM skills and knowledge, yet the performance of young Australians in mathematical literacy is falling and participation in science subjects is at record lows. This will put Australia’s young people at high risk of joblessness in the world of automated workplaces.

There is still time to act. From familiar investments in skills and training, through to more radical ideas like the universal basic income (UBI), the government has several options. But the clock is ticking.

Industry 4.0 and the consequences of automation

From the invention of the printing press in the 15th century to the digital revolution of the 1970s, people have experienced instability and anxiety in the labour market. However, Industry 4.0 looks set to permanently change the make up of the Australian labour market – and not necessarily for the better.

Industry 4.0 is a new term that tracks the industrial and technological revolutions to date. This began with the first Industrial Revolution of mechanisation and steam power, and was then followed by the second Fordist revolution of assembly lines and electricity. The third revolution gave birth to the computer age and the internet.

This latest revolution is based on the “internet of things”, encompassing machine-to-machine communication, cloud computing and quantum data networks.

The automation trend of the past 50 years has created concern that middle-skill jobs will be eroded due to technological advancements, creating a gap in the labour market. The highly skilled and educated will still command good jobs, while the rest of the population compete for the remaining number of low-paid, unskilled positions. Young people will be at a significant disadvantage, forced to compete with far more experienced workers for entry level positions.

Young people are particularly susceptibile to external shocks like the global economic crisis, which has left many young men at the highest risk of falling behind.

This is a byproduct of Australia’s highly gendered workforce, as young men have typically worked in manufacturing, mining, and construction, industries already threatened by automation.

Women, meanwhile, make up the majority of the care sector. At present the women in this sector are not threatened by automation, but are undervalued and underpaid. While construction maintains relatively stable employment, the decline in mining and manufacturing has left many young men outside the labour market. 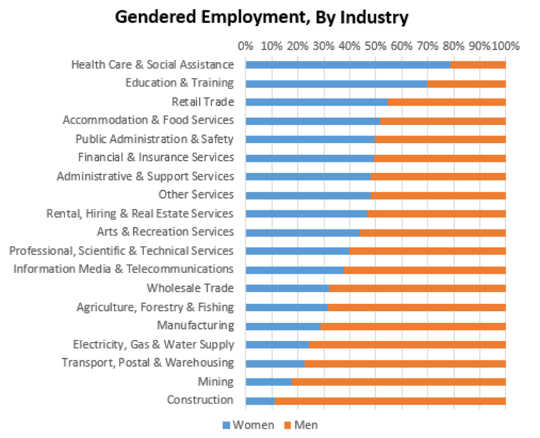 Investing in science and skills training

If the government is serious about preparing young people for Industry 4.0, there are many policy options available.

The government also needs to address Australia’s “brain drain”- where skilled workers or professionals move overseas to find work. Young scientific and technical professionals in Australia need opportunities to work and prosper. Otherwise, they will likely emigrate to innovative powerhouses such as Germany, the United States, Japan, South Korea and China.

The Australian government is failing to utilise the considerable human capital that we have in the scientific community, given Australia’s admirable record of scientific breakthroughs. The Australian Society for Medical Research (ASMR) reports that Australia produces 3% of the OECD’s health research output, with only 0.3% of the world’s population. However, Australia lags well behind the rest of the OECD when it comes to investing in research and development (R&D).

Recent cuts to the Commonwealth Scientific and Industrial Research Organisation (CSIRO) make further breakthroughs less likely. Given the CSIRO’s central role in creating WiFi, a cornerstone of Industry 4.0 and the Internet of Things, this is particularly problematic.

This would achieve the twin goals of harnessing our manufacturing workforce and creating more jobs for skilled individuals, both in scientific and technical services, and high tech manufacturing.

Finally, we have the radical solution. The universal basic income is the idea that all citizens within a country receive a stipend towards meeting the cost of living.

The money is provided universally, without any qualifiers or means-testing. It has already been trialled in India, London, and Canada, with positive results. Scotland and Finland are the latest to experiment with a universal basic income.

None of these ideas are foolproof, nor a plan for guaranteed economic success, but they show potential in the face of automation and Industry 4.0. The government needs to consider some of these ideas, and demonstrate a commitment to reform, rather than a resignation to perceived inevitability. It’s simply a political choice. by Chris DeSantis
Our distaste for work is not inherent. Some people are satisfied and even excited about the work…