Failing Can Be A Positive Element -- If You Let It 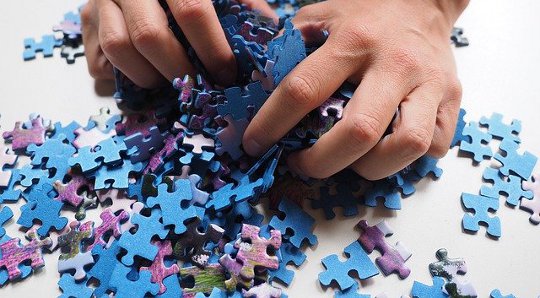 Without a doubt, fear of failure can transcend into reality. Whether it originates in the skepticism of others or is the result of periods of difficult struggles, fear can be quite real and cause many to give up. Some may not try at all, while others may find themselves tempted to give up too hastily. They lose the initial hope and motivation that spurred their idea and resign themselves to impending failure.

Remember, though, that the fear of failure is just a thought, and it’s not the thought that matters most—it’s the action you give that thought and the perspective from which you see it. It’s the offspring of the thought that will have the greatest impact. For instance, if fear of failure triggers a stronger desire to overcome obstacles, one will try harder and likely make progress. On the other hand, if the thought of potential failure instills so much fear that one is afraid to take any action at all, failure is inevitable.

Failure Can Lead to Success

Failure can be a positive element in one’s eventual success. This principle has been proven throughout history among some of the greatest entrepreneurs. The great Henry Ford wasn’t a stranger to failure. Before founding Ford Motor Company, Ford’s earlier business endeavors all failed and left him broke.

One of the greatest artists of all time, the famous Vincent van Gogh, only sold one painting during his entire lifetime—just one. And we cannot omit Thomas Edison, who failed in his quest to produce a lightbulb thousands of times. Edison understood that failure was not a negative—in fact, he perceived his unsuccessful attempts as positive steps toward success, as reflected in his now-famous quote, “I have not failed. I’ve just found 10,000 ways that won’t work.”

Those are just a handful of failures experienced by highly successful entrepreneurs. What do these entrepreneurs have in common? They didn’t give up, even after facing rejection after rejection and multiple failures.

Encountering Setbacks and Obstacles Along The Way

Dr. Hill told us that “strength and growth come only through continuous effort and struggle.” Still, given a choice, it’s understandable that most innovators would prefer success over failure. We would prefer our path to be smooth, continual, and free of barriers or detours.

The reality is, however, that we will encounter setbacks and obstacles along the way. If we know that there are bound to be challenges in our pursuits, how can we stay motivated and on track without becoming discouraged or disillusioned?

Fear is a natural part of the success process. To overcome fear, you may have to make a conscious effort and become aware of its presence and potential impact on your goal. Above all, you need to see your fears as healthy signs and turn failure into opportunity. The next time fear threatens to interrupt your vision, ask yourself these questions:

1. What am I afraid of? Identify the source of your fear and you’ll likely see that you can handle rejection, criticism, or failure.

2. What’s the worst thing that can happen? Your fears are imaginary—and even if they do play out, your imagination likely turns them into something greater than they really are.

3. How can I use my fear in a healthy way? Use fear in a positive way, seeing it as a sign that you are, indeed, onto something big. Let it motivate you toward your goal.

Questions To Ask When You Encounter Obstacles or Experience Failure

What if you do experience failure in the pursuit of your goals? First, realize that you’re not alone. In fact, you’re in very good company. The greatest thought leaders and entrepreneurs of all time have failed. What set them apart is that they learned how to apply each failure to their future success.

Ask yourself these questions when you encounter obstacles or experience failures:

1. What went wrong? By identifying what doesn’t work, you are one major step closer to finding what does work. In this case, failure is a good thing!

2. How can I correct my course and achieve my goal? Take a lesson from professional navigators. When a pilot encounters turbulence, he does not turn around. When a captain sails stormy seas, he stays on course. They realize this is a temporary situation and they must keep their eye on their destination. Turning around or abandoning ship is not an option.

3. How can I use this experience in a positive way? Often, obstacles and failures provide us with answers and solutions that will reveal where we need to go and what we need to do to overcome them. Let them motivate you as you realize that they’ve brought you closer to the success you want to achieve. Find the opportunity within the experience to turn it into a positive, and you’ll be more motivated and inspired than ever in making your ideas the realities they can and should be.

©2014 by The Napoleon Hill Foundation.
Reprinted with permission of the publisher, Jeremy P. Tarcher/Penguin,
a member of Penguin Group (USA). www.us.PenguinGroup.com.

Thoughts Are Things: Turning Your Ideas Into Realities
by Bob Proctor and Greg S Reid.

Watch a video: The Ultimate Secret Beyond The Law of Attraction (with Bob Proctor)

Bob Proctor, a speaker, author, consultant, coach, and mentor, was already a legendary figure in the world of personal development long before his appearance in the hit film The Secret. For more than forty years, Bob Proctor has been one of the biggest names in prosperity and personal development, delivering talks throughout the world that help people achieve success and prosperity. Through his work with the Proctor Gallagher Institute, which he co-founded, he has transformed countless lives with his message of prosperity.

Greg S. Reid is a filmmaker, motivational speaker, and bestselling author. He is also an entrepreneur and the CEO of several successful corporations, and has dedicated his life to helping others achieve the ultimate fulfillment of finding and living a life of purpose. What Are The Origins of True Success?

by Bob Proctor and Greg S. Reid
Many people hear the title Think and Grow Rich and immediately connect it with the idea of… How To Create A World That Works: Do What “Wants To Happen” In The World Through You

by Alan Seale
Chances are that you, like me, feel called to make a difference in this rapidly changing world.…

"I Am An Introvert": The Myths of Introversion

by Jane Finkle
It is natural to want to fit into a category that gives us an identity, especially if that identity…