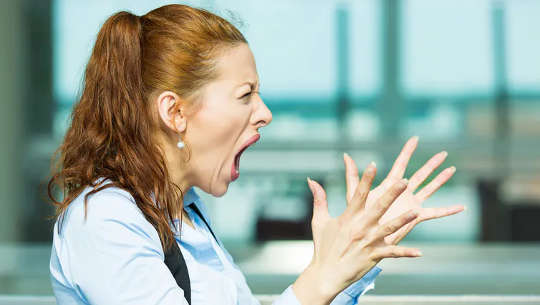 If your manager’s behaviour leaves you feeling anxious, angry or unwell, you’re not alone. Image sourced from Shutterstock.com

Mental stress claims lodged by affected employees against their employer increased by 25% from 2001 to 2011. Although the proportion of stress claims specifically relating to “poor relationships with superiors” was not reported, a Medibank Private commissioned study reported that in 2007 the total cost of work related stress to the Australian economy was A$14.8 billion; the direct cost to employers alone in stress-related presenteeism and absenteeism was A$10.11 billion.

A study into the impact of systemic toxic behaviours exhibited by managers found that even one or two toxic behaviours, such as manipulating and intimidating, was enough to cause significant harm to employees’ mental and physical health.

The most common toxic behaviours exhibited by managers include:

Negative consequences for wellbeing reported by participants in the study included: 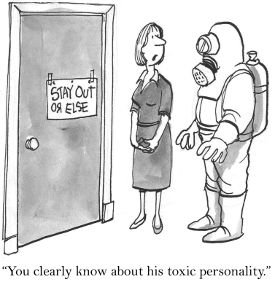 One way to deal with toxic managers is to escalate the risk and report it to senior management. However, a common theme in the study was frustration felt by participants when no action was taken after reporting the leaders’ toxic behaviours. Sometimes organisations are reluctant to take action against the offender, perhaps because they hold important relationships, bring in significant revenue, or for fear they will become litigious if challenged. Organisations that choose to ignore toxic leadership behaviours are likely to incur increased stress claims and litigation costs.

How can employee wellbeing be preserved? First, it is necessary to understand whether the offending leader is well intentioned, but unaware of their dysfunctional behaviours. If so, one strategy is to outline the specific behaviours that are causing distress to the leader in question, to let them know the impact of their behaviour through performance management processes. However, if it is felt there is deliberate intent on their part to get their own way at the expense of those around them, other options should be considered, such as commencing disciplinary action.

If you are experiencing toxic leadership, and feel you are not in a position to report it, or leave the organisation, coping strategies reported in the study as helpful were:

Coping strategies that were reported as having negative consequences or prolonging stress and fear of their leader were:

Individuals regularly on the receiving end of toxic behaviours commonly start questioning themselves, doubting their capabilities and feeling locked into their current situation/role/organisation.

To protect against such frustration, ensure you have an up-to-date career plan, clearly outlining your strengths, achievements, personal values, work preferences, development opportunities, and employability. Keep your resume and online profile up to date and ensure you are well networked in your occupation and industry - all part of a contingency plan to exit the toxic workplace situation should it become untenable. by Taha Yasseri, University College Dublin
You might wish you were more passionate about your job. Or that you had the kind of job you could…