What Does An Anthropologist Actually Do? 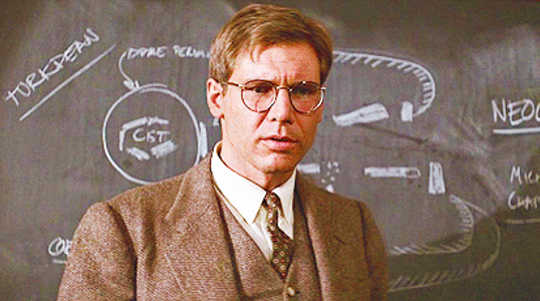 Ask any anthropologist what they do and they will find it hard to give you a direct answer.

If you’ve seen the television series Bones, you probably think an anthropologist is someone who studies the remains of dead people to help solve crimes. Well, technically that’s a biological or forensic anthropologist.

The other social sciences, such as psychology, engineering and ergonomics, specialise in singular aspects of people’s lives, making culture a kind of variable on the side.

This kind of reduction is academic and problematic. It is far removed from the everyday experience of being a human who creates, and is created by, a complex sociocultural, political and historical world. And that’s why we need anthropologists.

In its colonial heyday, the main aim of anthropology was to map a trajectory of man in which white, civilised peoples were considered the most recent advancement on an evolutionary scale. Their historical past was considered visible in the veritable living museum of coloured, primitive, natives.

That was an awkward moment in anthropology’s history, but one that was symptomatic of the world at that time. The anthropologist would don his pith helmet and safari suit in search of an exotic location to study. as a complete outsider (possibly an uninvited guest), “natives”, to map the noble history of man.

They would feel the same culture shock that you might feel when you travel to another country. But their aim was to triumph over it by learning firsthand what it is like to be a native; to walk a mile in their shoes, as the saying goes.

The methodological approaches developed to suit those ends are largely the ones that still distinguish anthropology: namely, ethnography (from the Greek ethnos for people and graphia for writing).

Anthropologists use ethnographic methods designed to facilitate their competency in another culture to understand what people do, think, feel and say that might seem strange to an outsider but are completely familiar to an insider.

The golden standard of ethnographic research is participant-observation, where an anthropologist lives within a culture, as one of the natives, until they are competent or proficient in being one of them.

A minimum of one year is seen as necessary to understand annual ebbs and flows of seasonal variation and annual rituals.

This is exactly what happened to Polish anthropologist Bronislaw Malinowski who, in the early 20th century, travelled from London to Papua New Guinea to study native patterns of exchange.

When the First World War broke out, he was unable to return to England but the Australian government gave him permission to study in the Trobriand Islanders, off the east coast of New Guinea.

For many, Malinowski is the grandaddy of modern anthropology. He removed the white lab coat of experimental science by clearly acknowledging his role in the production of scientific knowledge. He was there, he gathered and interpreted the data and so he included his voice in his ethnographic writing.

Malinowski’s personal diaries (which were never intended for publication), show a man struggling between “us and them”, between the old regime of a racism legitimating colonialism and asserting difference, and a new regime emphasising sameness and questioning the superiority that any one culture has over another.

But Malinowski paved the way for future anthropologists to look at cultural difference for difference’s sake, without making arrogant, ethnocentric judgements.

However much an anthropologist seeks an insider perspective, they are required to maintain an objective, scientific view of what is happening around them, lest they go “native” as depicted in the 1999 movie In a Savage Land, set in Papua New Guinea.

Some anthropologists have gone to creative lengths to prove that what “we” do isn’t better, right or civilised. As American anthropologist Horace Miner demonstrates in his 1956 fantasy ethnography of the Nacirema people (hint: say it backwards), magic and medicine have more in common than you might think. It’s all about culture.

As such, culture is understood very simply as that which we do, think, say and feel. These things wouldn’t necessarily make sense to someone who was not “one of us”, but we could explain them.

In my own career as an anthropologist, I have studied many different peoples and their culture.

I have lived in Spain for 15 months to learn about the lives of mounted bullfighters. Back in Australia, I went to every fixture of the South Australian National Football League one season to learn the role of alcohol in fan culture.

I have also spent as little as two weeks catching rides in the cabs of train drivers to learn about fatigue at the controls, and I have interviewed animal owners about the risks they take to save their pets from bushfires.

In every instance, I have been the student of someone else’s way of life.

I can now understand and explain why aficionados of the bullfight don’t see bullfighting as cruel and why killing the bull in the bullring is, in fact, an expression of love.

I can explain why some football fans drink to dangerous excess, why metropolitan train drivers are loathe to report their fatigue and why some pet owners will run into burning homes to save their cat while their child waits in the car.

I may or may not agree with those behaviours and beliefs, but I can explain the internal cultural logic that makes them important, meaningful, natural and persistent.

If you listen without judging, you may learn about other ways to see the world. If you can handle knowing that your view might not be the only one – or even the right one – you may even see your own cultural beliefs and behaviours more critically than ever before.

If you can use this insight to explain cultural difference to someone else in terms they understand, but with which they may not necessarily agree, then you have started to walk your first mile in the shoes of an anthropologist.

Kirrilly Thompson, Associate professor, CQUniversity Australia. She is a trained anthropologist who uses ethnographic methods to research the cultural dimensions of risk-perception and safety. She has particular interests in human-animal interactions, high risk interspecies activities and equestrianism. Her current research explores the impact of animal ownership on natural disaster preparedness. by Carol T Kuli and Ruchi Sinha
The coronavirus pandemic has forced many of us to work from home, often in less than ideal…