Why We Shouldn't Fear The Reinvention Of Work 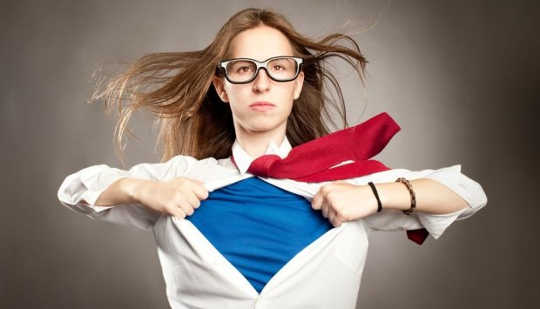 Uber suffered a legal blow this week when a California judge granted class action status to a lawsuit claiming the car-hailing service treats its drivers like employees, without providing the necessary benefits.

Up to 160,000 Uber chauffeurs are now eligible to join the case of three drivers demanding the company pay for health insurance and expenses such as mileage. Some say a ruling against the company could doom the business model of the on-demand or “sharing” economy that Uber, Upwork and TaskRabbit represent.

Whatever the outcome, it’s unlikely to reverse the most radical reinvention of work since the rise of industrialization – a massive shift toward self-employment typified by on-demand service apps and enabled by technology. That’s because it’s not a trend driven solely by these tech companies.

Workers themselves, especially millennials, are increasingly unwilling to accept traditional roles as cogs in the corporate machinery being told what to do. Today, 34% of the US workforce freelances, a figure that is estimated to reach 50% by 2020. That’s up from the 31% estimated by the Government Accountability Office in a 2006 study.

Rise Of The Gig-based Economy

In place of the traditional notion of long-term employment and the benefits that came with it, app-based platforms have given birth to the gig-based economy, in which workers create a living through a patchwork of contract jobs.

Uber and Lyft connect drivers to riders. TaskRabbit helps someone who wants to remodel a kitchen or fix a broken pipe find a nearby worker with the right skills. Airbnb turns everyone into hotel proprietors, offering their rooms and flats to strangers from anywhere.

Thus far, the industries where this transformation has occurred have been fairly low-skilled, but that’s changing. Start-ups Medicast, Axiom and Eden McCallum are now targeting doctors, legal workers and consultants for short-term contract-based work.

A 2013 study estimated that almost half of US jobs are at risk of being replaced by a computer within 15 years, signaling most of us may not have a choice but to accept a more tenuous future.

The economic term referring to this transformation of how goods and services are produced is “platform capitalism,” in which an app and the engineering behind it bring together customers in neat novel economic ecosystems, cutting out traditional companies.

But is the rise of the gig economy a bad thing, as Democratic front-runner Hillary Clinton suggested in July when she promised to “crack down on bosses misclassifying workers as contractors”?

While some contend this sweeping change augurs a future of job insecurity, impermanence and inequality, others see it as the culmination of a utopia in which machines will do most of the labor and our workweeks will be short, giving us all more time for leisure and creativity.

My recent research into self-organized work practices suggests the truth lies somewhere in between. Traditional hierarchies provide a certain security, but they also curb creativity. A new economy in which we are increasingly masters of our jobs as well as our lives provides opportunities to work for things that matter to us and invent new forms of collaboration with fluid hierarchies.

Sharing Into The Abyss?

Critics such as essayist Evgeny Morozov or the philosopher Byung-Chul Han highlight the dark side of this “sharing economy.”

Instead of a collaborative commons, they envision the commercialization of intimate life. In this view, the likes of Uber and Airbnb are perverting the initial collaborative nature of their business models – car-sharing and couch-surfing – adding a price and transforming them from shared goods into commercial products. The unspoken assumption is that you have the choice between renting and owning, but “renting” will be the default option for the majority.

Idealists take another tack. Part of the on-demand promise is that technology makes it easier to share not only cultural products but also cars, houses, tools or even renewable energy. Add increasing automation to the picture and it invokes a society in which work is no longer the focus. Instead, people spend more of their time in creative and leisurely activities. Less drudge, more time to think.

The “New Work movement,” formed by philosopher Frithjof Bergmann in the late 1980s, envisioned such a future, while economist and social theorist Jeremy Rifkin imagines consumers and producers becoming one and the same: prosumers.

From Self-employment To Self-organization

Both of these extremes seem to miss the mark. In my view, the most decisive development underlying this discussion is the need for worker self-organization as the artificial wall between work and life dissolves.

My recent work has involved studying how the relationship between managers and workers has evolved, from traditional structures that are top-down, with employees doing what they’re told, to newer ones that boast self-managing teams with managers counseling them or even the complete abolition of formal hierarchies of rank.

While hierarchy guarantees a certain security and offers a lot of stability, its absence frees us to work more creatively and collaboratively. When we’re our own boss we bear more responsibility, but also more reward.

And as we increasingly self-organize alongside others, people start to experiment in various ways, from peer to peer and open source projects to social entrepreneurship initiatives, bartering circles and new forms of lending.

The toughest tension for workers will be how best to balance private and work-related demands as they are increasingly interwoven.

Avoiding The Pitfalls Of Platform Capitalism

Another risk is that we will become walled in by the platform capitalism being built by Uber and TaskRabbit but also Google, Amazon and Apple, in which companies control their respective ecosystems. Thus, our livelihoods remain dependent on them, like in the old model, just without the benefits workers have fought for many decades.

In his recent book “Postcapitalism,” Paul Mason eloquently puts it like this: “the main contradiction today is between the possibility of free, abundant goods and information; and a system of monopolies, banks and governments trying to keep things private, scarce and commercial.”

To avoid this fate, it’s essential to create sharing and on-demand platforms that follow a non-market rationale, such as through open source technologies and nonprofit foundations, to avoid profit overriding all other considerations. The development of the operating system Linux and web browser Firefox are examples of the possibility and merits of these models.

Between Hell And Heaven

Millennials grew up in the midst of the birth of a new human age, with all the world’s knowledge at their fingertips. As they take over the workforce, the traditional hierarchies that have long dictated work will continue to crumble.

Socialized into the participatory world of the web, millennials prefer to self-organize in a networked way using readily available communication technology, without bosses dictating goals and deadlines.

But this doesn’t mean we’ll all be contractors. Frederic Laloux and Gary Hamel have shown in their impressive research that a surprisingly broad range of companies have already acknowledged these realities. Amazon-owned online shoe retailer Zappos, computer game designer Valve and tomato-processor Morning Star, for example, have all abolished permanent managers and handed their responsibilities over to self-managing teams. Without job titles, team members flexibly adapt their roles as needed.

Mastering this new way of working takes us through different networks and identities and requires the capacity to organize oneself and others as well as to adapt to fluid hierarchies.

As such, it may be the the fulfillment of Peter Drucker’s organizational vision:

… in which every man sees himself as a “manager” and accepts for himself the full burden of what is basically managerial responsibility: responsibility for his own job and work group, for his contribution to the performance and results of the entire organization, and for the social tasks of the work community.

Bernhard Resch is Researcher in Organizational Politics at University of St.Gallen. He is currently researching self-organized work practices - managing without a caste of managers. His goal is to unveil how people deal, feel, and interact in self-managed processes. by Diane-Gabrielle Tremblay
Co-working spaces have been growing in all the world’s major cities for 15 years. But what makes… by David J. Nguyen, Katie N. Smith and Monnica Chan
16.9 million. That’s how many students are going to college at the undergraduate level this fall. by Mark Stabile
The general picture of gig economy work and mental wellbeing is not a pretty one. Around the world,… by Scott F. Latham
Amazon’s announcement that it will invest US$700 million to retrain 100,000 employees – a third of…

by Richard A. Devine and Siri Terjesen
Only a handful of the top companies in the U.S. are led by a woman. Efforts to change that and…