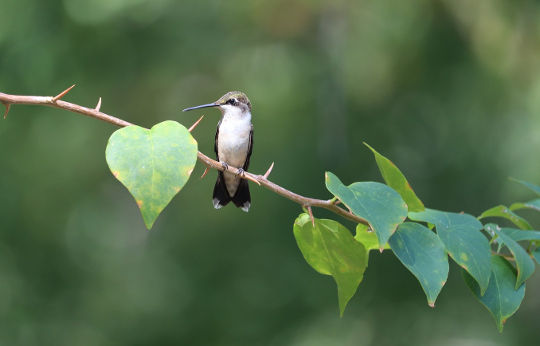 Not all home funerals end with a green burial. Many families opt for cremation or a standard, modern burial, so only consider the advice in this section that applies to your situation. However, whatever your plans, the central advice is to anticipate problems and be flexible as necessary. You may be fully devoted to realizing your vision, but sometimes weather, burial containers, and humans, whether dead or alive, can ruin your planned-to-the-letter event.

In addition to the emotional and spiritual aspects of funerals, there are always logistical and practical factors to consider: For instance, what’s the weather forecast? What season is it? If you’re holding a backyard burial, is the ground frozen or flooded and not suitable for digging? Have you anticipated every step of transporting your loved one from their deathbed to the gravesite? Do you have all the tools and equipment you need, and a backup plan if things change? If anyone will be upset by your and your loved one’s wish to have a home funeral and a green burial, might they refuse to attend the service or could they hold up the burial if they don’t agree with it?

What if the deceased is a bit of a trickster and decides to enjoy some mayhem at their final farewell?

Of course, you can’t anticipate every problem. But here is a list of the things you should take care of prior to a loved one’s death, to make sure that everything runs smoothly (or as smoothly as it can) when the time comes.

Harry: Crafting His Own Casket

As examples of what green burials and home funerals can be like, I want to share a couple of substantial, sustainable final farewells that I had the pleasure to be involved with. Harry was a most precious man who lived in my community. His birthday came on a Wednesday; his wife, Mildred, invited me over to talk about the reality of green options, which her beloved Harry had read about in Mother Jones magazine.

Upon learning that a casket could be made out of any organic matter, as long as it was able to bear the weight of its occupant, Harry resolved to make his own casket prior to his passing. Medical tests gave him about a year or so to see this dream come true.

One day, Harry left his bed at the break of dawn, marched out to the backyard, and using a kitchen cleaver, cut down a large bushel of bamboo. He enlisted a son to help him thatch a burial container that resembled a hope chest, in which the bamboo was held together with straw and dried mud. Harry’s future casket spent plenty of time hardening in the summer sun, then it lived in the garage through the soggy fall.

Just before Halloween, Harry left the Earth. I joined his family at the house that evening. His daughter-in-law had baked his favorite peach pie, and his son helped me bathe and dress the man of the hour while we listened to Tony Bennett and Mel Tormé take turns singing in the living room.

Harry spent that evening in his self-made bamboo casket, right in the living room, as neighbors and former coworkers came by to say their good-byes. Outside, his two nephews were in the backyard bamboo grove, using a tractor to dig Harry’s final resting space. They had borrowed the machinery from a neighbor, and one nephew already knew how to operate it. Fortunately, the grassy backyard was level, and the bamboo was quite pliable, which eased the nephews’ work.

The family hired me to help ensure the backyard burial was legal in Clackamas County and followed county regulations. I contacted the county planning and zoning department to confirm the plot of land was considered rural. I also walked the area to look for any watersheds, make sure the grave was at least fifty feet away from the neighbor’s home, and check for hardships, such as sinkholes or outcroppings of rock.

When Harry’s grave was ready, the nephews and neighbors slowly carried him outside. At the graveside, everyone shared some laughs and some toasts, and then the casket was lowered. Simple and sweet, just like he was.

John: The Power of Music

John’s death was imminent. He was in his early fifties and in the final stage of pancreatic cancer. The hospice nurse predicted he only had a few days left before he would be metaphorically crossing the road to see what was on the other side.

Family members started arriving and took turns sitting next to his bed, holding his hand, and reassuring him with their presence that he would not die alone. They didn’t know what else to do. The kitchen across the hall from the bedroom was overflowing with loved ones and good food. It served as a place of respite for John’s many caregivers. Some days were quiet and sad; others were filled with storytelling as people reminisced with John.

Everyone was in the room the moment John drew his last shallow breath. The raggedy noise was followed by a deafening silence. No one moved for about fifteen minutes, until Jacob slipped out to fetch his guitar. Then we heard the almost angelic strains of “Tears in Heaven” by Eric Clapton. Everyone sat silently and Marielle recited a prayer. Someone brought in champagne from the kitchen, and everyone toasted John.

Jacob kept playing music on his guitar: “For Emily, Whenever I May Find Her” by Simon and Garfunkel and then Bob Marley’s “Redemption Song.” Then John’s mother read aloud the thoughts she had jotted down the previous night while sitting with John holding his hand. Everything happened organically and in perfect timing.

People started arriving, and Jacob kept playing songs on his guitar. John was sprayed with his favorite cologne, and with the help of two friends, he was nestled into a wool blanket his father had from army days. Stories, music, and love drifted all through the house as we waited for the call from the local gravedigger that they were ready for us to bring John.

The week prior, the family had visited the cemetery to pick his burial spot, pay and sign the papers, and choose the boulder and inspirational quote that would serve as his grave marker. The family would have preferred a backyard burial on their own property, but this wasn’t allowed where they live in Portland. However, they were at peace, since they felt John would have loved the small cemetery they selected for him, which had a designated green burial area.

Once the call from the cemetery came, the neighbors brought their Chrysler van (with the back seats down) up to the bedroom deck. Due to his medical treatments, John had become so shrunken that only two men were needed to carry him wrapped in his snug blanket.

The music from the guitar set a lovely tone. The tender time was unceasing through the journey from the bedroom, out the sliding glass door, into the vehicle, and through the gates of the cemetery.

We stood in silence in the cemetery. It was all so natural and so very real. Nothing needed to be said. When the group felt ready, the sexton pushed the button on the lowering device to lower John into the grave.

One by one, each person moved to the hole, peered in, and said their good-byes. As the group quietly left the graveyard in their vehicles, the sexton and I shoveled the soil into the grave as I shared with him how lovely the day had been with John and his community.

Excerpted from the book The Green Burial Guidebook.
Copyright ©2018 by Elizabeth Fournier.
Printed with permission from New World Library
www.newworldlibrary.com.

The Green Burial Guidebook: Everything You Need to Plan an Affordable, Environmentally Friendly Burial
by Elizabeth Fournier, “The Green Reaper”

Funeral expenses in the United States average more than $10,000. And every year conventional funerals bury millions of tons of wood, concrete, and metals, as well as millions of gallons of carcinogenic embalming fluid. There is a better way, and Elizabeth Fournier, affectionately dubbed the “Green Reaper,” walks you through it, step-by-step. She provides comprehensive and compassionate guidance, covering everything from green burial planning and home funeral basics to legal guidelines and outside-the-box options, such as burials at sea.

The author points the way to green burial practices that consider both the environmental well-being of the planet and the economic well-being of loved ones.

For more info and/or to order this book, click here.  (Also available as a Kindle edition.)

Elizabeth Fournier, affectionately called “The Green Reaper,” is the author of The Green Burial Guidebook: Everything You Need to Plan an Affordable, Environmentally Friendly Burial. She is owner and operator of Cornerstone Funeral Services, outside of Portland, Oregon. She serves on the Advisory Board for the Green Burial Council, which sets the standard for green burial in North America. She lives on a farm with her husband, daughter and many goats.

Find out more about her work at www.thegreenreaper.org How To Plan and Conduct a Home Funeral Loss in the pandemic: when a loved one dies, being cut off from the grieving process can make things harder

by Glen Hosking, Clinical Psychologist
COVID-19 has affected many facets of our lives. Public health measures to stop the spread of the…